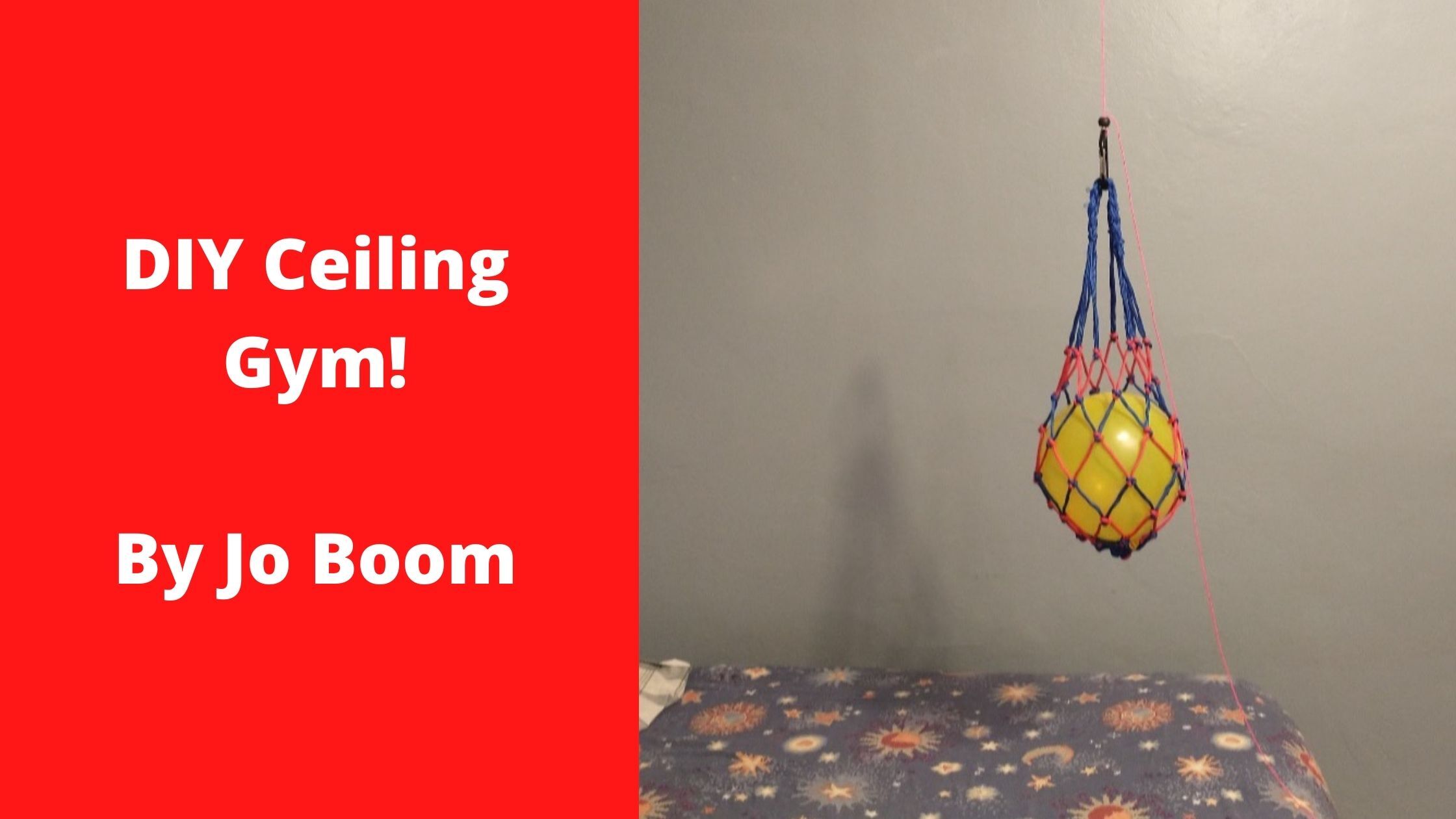 NOTE: Arc Thrift Stores is not responsible for the content of guest blogs that appear on the site.

Looking for a fun, inexpensive way for someone with IDD or a child with a physical disability to work on motor skills? This versatile DIY ceiling gym takes up no floor space and features a hanging ball net into which soft sensory balls or soft toys can be placed. The beauty of this ceiling gym is that you can customize the ball net’s location and height so that anyone can work on reaching for, hitting, or kicking the ball/toy with whatever part of their body they’re able to use, whether they’re lying on a raised surface or sitting/standing on the floor nearby.

A string tram line is positioned perpendicular to the ceiling. A tether hangs from a shuttle on the tram line. At the bottom of the tether is a height-adjustment pulley made from a push cord stopper and a carabiner. A ball net hangs from the carabiner. A soft therapy ball or soft toy can be placed into the ball net. You can switch balls/toys by taking the ball net off the carabiner and substituting the desired ball/toy. Pulling the tether side to side allows you to move the shuttle to any point on the tram line. Since the ball net can be positioned as high or low as you want, and since it’s on a tram, it can be used by someone on the floor or by someone on a raised area such as a bed or therapy table; all you have to do is position the tram line so it runs above both.

Before using, remove all breakables from the area. Always supervise during ceiling gym use.

Sign up and receive exclusive member only discounts, special offers, coupons, contests and much more!

If you would rather receive promotions via text click here!